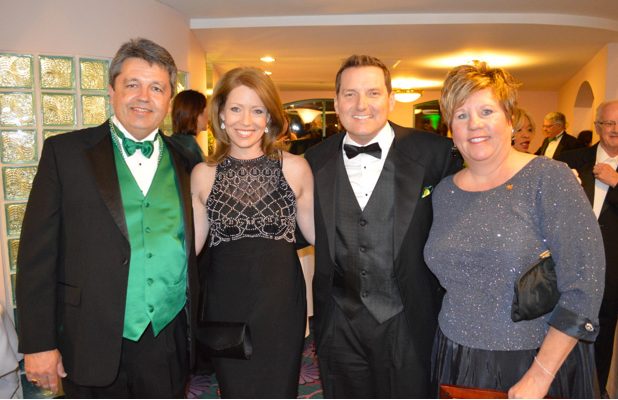 The City of Hazelwood congratulates one of the community’s business leaders, Valley Industries Executive Director Jim Guyre, for being chosen as the recipient of Christian Hospital Foundation’s 2017 Community Vision Award, which recognizes an organization or community member who has created economic opportunities to further the North County area’s presence in the region. He will be presented with this award at the Christian Hospital Foundation’s 9th Annual Legacy Leaders Dinner at Norwood Hills Country Club on October 26, 2017.

In addition to Guyre’s award, there will be three other award presentations to the following individuals and organizations: The Paul F. Detrick Legacy Leadership Award will be given to Dr. Tom George who has served as the chancellor of the University of Missouri-St. Louis since 2003. The Physician of the Year Award will go to Dr. Gerald Moritz who has been a member of the Christian Hospital staff since 1975. Plus, the Carpe Diem Award will be presented to The Salvation Army and Urban League of Metropolitan St. Louis for their collaborative effort in opening the Ferguson Community Empowerment Center.

Individual tickets and table sponsorships are still available for the Legacy Leaders Dinner on October 26. Individual tickets cost $125 per person. Tables of 10 cost $1,100. All sponsors, tables of ten and individual reservations can be done online at www.christianhospital.org/lld. For more information, contact Mindy Copp at (314) 653-4410 or Mindy.Copp@bjc.org.

Guyre is a motivated, personable business professional with 32 years of Sheltered Workshop experience working at Valley Industries. He started doing community service work at Valley Industries when he was a senior in high school in 1985. He was hired on as a staff member and worked his way up the ranks to the position of Executive Director in 2008. Guyre currently manages all facets of operations, community and legislative relations, customer satisfaction, employee satisfaction, human resources, suppliers, fund-raising, and budgeting.

Valley Industries is a 501(c)(3) not-for-profit organization, employing 200 adults and 30 staff members. It’s mission is to provide dignified, meaningful employment for over 200 adults with developmental disabilities. Valley Industries operates in a 60,000-square-foot manufacturing facility and manages a 4,000-square-feet Thrift Store on a 5-acre parcel in Hazelwood. The workshop is ISO 9001:2008 Certified. It specializes in contract packaging, kit building, shrink wrapping, collating, assembly, inspections, and blister packaging.

In 2016, Valley Industries celebrated its 50th anniversary and 10th anniversary of the Mayors’ Shamrock Ball, which is a major fund-raiser held on the first Saturday of March every year. Last year, the Mayors of five North County cities that host this annual event – Florissant, Hazelwood, Black Jack, Ferguson, and Bellefontaine Neighbors – got together and presented Valley Industries with a joint proclamation congratulating Valley Industries on this momentous occasion. In addition, Senator Gina Walsh, Dist. 13, and Representative Gretchen Bangert, Dist. 69, gave resolutions to Guyre from both houses of state government.

Valley Industries honors its Employees of the Year by crowning them as the King and Queen of the Mayors’ Shamrock Ball. Their first task as royalty of the event is cutting the Shamrock Ball cake. Guyre has been instrumental in building strong support from the region’s business community to be major sponsors for this event. Hundreds of people come dressed up to have a good time and support a worthy cause. They dance the night away to the brassy sounds of The Bob Kuban Band and sample delicious food at different stations around the room, prepared by popular restaurant/catering vendors. In addition, they get to participate in several raffles for fabulous prizes with all the proceeds directly benefiting Valley Industries.