Valley Industries > About Us > Our Team > Terry Crow 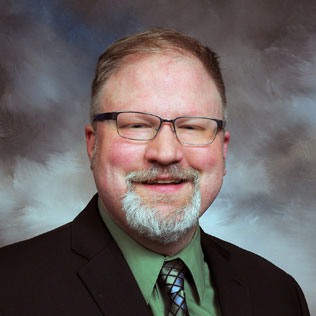 Terry Crow started with Valley Industries in 2003 as Training Manager. In 2010-11 he was promoted to Plant Manager and ISO Quality Management Rep overseeing the Quality Management System of Valley Industries and being in charge of the internal and external audits.  He also had prior experience working with VI in the 1990’s for 6 years through a St. Louis County organization- SLARC, who oversaw training programs in 4 St. Louis County Sheltered workshops including VI. Terry also worked previously with Cardinal Ritter Institute as a social worker for 6 years in St. Louis county and city.  He spends time outside of work as a member of Dayspring Baptist Church assisting with teaching children, community support projects, and as a member on the leadership council.